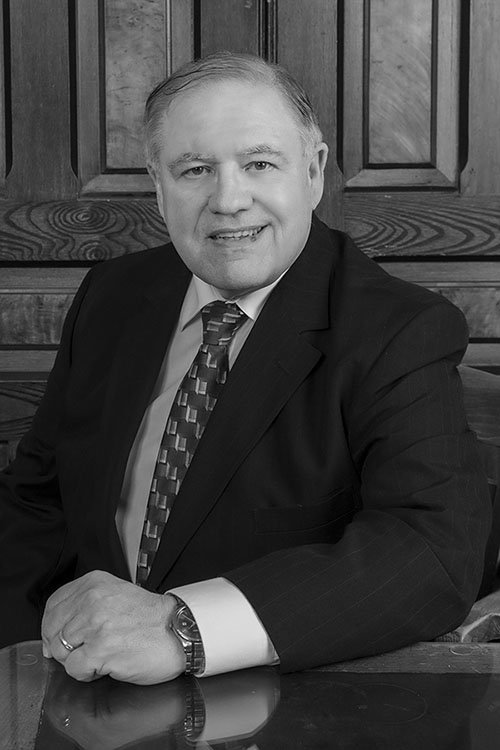 John Bloise attended Corning public schools graduating from Corning Free Academy in 1962. He attended Alfred University, where he played football, for one year. He attended night school classes at Corning Community College for several years. He attended Hartwick College in Oneonta, New York, from ’69 until he graduated in 1972 with a degree in economics.

John worked full time for Corning Glass Works for nine years from 1963 to 1972 as a Technician in Corning and later a shift foreman in Horseheads and Oneonta, while he was earning a college degree.

He then attended Stetson University College of Law in St. Petersburg, Florida, from 1972 until graduation in 1975 with a Juris Doctor degree. John was married to Kathryn (Barnes) Bloise during his time in law school. They have lived together in Addison, New York, for over 41 years. John has six children, fifteen grandchildren, and one great grandchild spread from coast to coast.

John was admitted to practice law in the Florida Bar in 1975 and the New York Bar in 1976. John had offices in Addison, New York, where he partnered with Craig Snyder, and later in Gang Mills, where he partnered for a time with his son John R. (Jack) Bloise, Jr. and later with Ronald Snavely. John’s early career included many different types of law ranging from Divorce to Family Issues to Criminal Defense to Real Estate to Wills & Estates to Representing Townships to Workers Compensation.

Aside from the legal practice, John is the President of a Christian Mission Board ADVANCING THE GOSPEL IN ANGOLA, INC., which assists with missionaries providing health care to rural Angola, Africa.